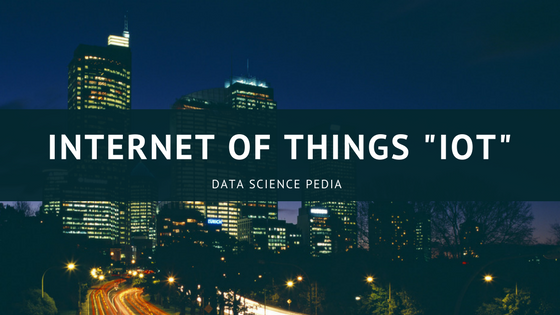 The “Internet of Things” is emerging technology and phrase that 87% of people haven’t heard of. The Internet of things (IoT) is the inter-networking of physical devices, vehicles (also referred to as “connected devices” and “smart devices”), buildings, and other items—embedded with electronics, software, sensors, actuators(MEMs), and network connectivity that enable these objects to collect and exchange data via Internet.

We are surprised to know that ATMs were some of the first IoT objects dated back to 1974.

IoT market has been growing with the parabolic rate that world has never witnessed. IoT could DWARF every technology before it and it’s just begun…Experts estimate that the IoT will consist of almost 50 billion objects by 2020 only in the span of 4 years. It took 40 years to sell 1 billion Personal Computer, 20 years to reach nearly 7 billion cellphone users and 5 years to reach 1 billion tablets. So we can say that the IoT is the future of ALL technology. It’s literally on the pulse of everything shaping the new Internet.

In order to work ever IoT device has a piece of software and sensors also known as MEMs(Micro-Electro-Mechanical Systems). Software and MEMs make IoT sense, think and act. We can say that MEMs are eye and ear of IoT and Big Data is the “fuel” that power the IoT.

What makes IoT come from nowhere?

To answer this question we have to go through different views of tech luminaries. Inventor of the Ethernet, Bob Metcalfe thinks “It’s a media phenomenon. Technologies and standards and products and markets emerge slowly, but then suddenly, chaotically, the media latches on and BOOM!—It’s the year of IoT.” Chief Economist at Google, Hal Varian believes that it has something to do with Moore’s Law: “The price of processors, sensors, and networking has come way down. Since WiFi is now widely deployed, it is relatively easy to add new networked devices to the home and office”. The father of sensors, Janus Bryzek thinks there are multiple factors. First, there is the new version of the Internet Protocol, IPv6, “enabling the almost unlimited number of devices connected to networks.” Another factor is that four major network providers Cisco, IBM, GE and Amazon—have decided “to support IoT with network modification, adding Fog layer and planning to add Swarm layer, facilitating dramatic simplification and cost reduction for network connectivity.” and last but not least new forecasts made IoT be as future king of all technologies. IoT will add trillions to global GDP. “This is the largest growth in the history of humans,” says Bryzek.

Who is feeding the sleeping giant?

recent GE survey reveals, 90% of the company implementing IoT as one of their top 3 priorities. In an active move to accommodate new and emerging technological innovation, the UK Government, in their 2015 budget, allocated £40,000,000 towards research into the Internet of things.Warren Buffet has alone invested $13 billion. Barcelona, Spain invested in it and its water system alone saves $58 million annually. Glasgow, Scotland are investing $37 million in this innovation. “DIGIT“(Developing Innovation and Growing the Internet of Things Act ) is the bill representing investing in IoT by American Govt.

IoT in our daily life and in future with limitless opportunities.

The London School of Economics said that “The future is now and [this revolution] is going to disrupt most of the traditional industries”.

It will boost productivity and save companies millions likely billions each and every year.

1.Facebook said that this breakthrough innovation has already saved its data centre by 38%.
2. UPS uses IoT to reduces its fuel consumption by 9 million gallons a 31 million Dollar saving.

3. Driverless cars will generate $1.3 trillion in annual savings in the United States, with over $5.6 trillions of savings worldwide. The number of cars connected to the Internet worldwide will grow more than sixfold to 152 million in 2020 from 23 million in 2013.

5. Connected Kitchen saves the food and beverage industry as much as 15% annually.

6. Consumer Electronics M2M connections will top 7 billion in 2023, generating $700 billion in annual revenue. By 2020, there will be over 100 million Internet-connected wireless light bulbs and lamps worldwide up from 2.4 million in 2013.

7. Health Care industry University of California Medical centre has a robotic control pharmacy that has dispensed 350K prescription without making one error.

8. Legal System is also using robots. The New York Times reported that the Blackstone Discovery and e-discovery that uses electronic data discovery software. It can analyse 1.5 million documents for less than 100k dollars. A team of paralegal would have charge 2.1 million to review.

9. Fast Food: – At Eatsa, a futuristic San Francisco-based vegetarian fast food restaurant. There are no employees. The Customer uses a touch screen to order their food. The meal is ready in a matter of minutes.

10. Retail Industry: – RFID technology help tagging the product so that it can be tracked. With IoT, RFID tags retailers can expect 99% accuracy in inventory and there will be 2 to 7% increase in sale.

These above examples are just the tip of Ice-Berg. These machines are getting smarter and smarter every day starting to essentially think on their own.

This site uses Akismet to reduce spam. Learn how your comment data is processed.